venice: the good the bad and the ugly

this is a piece i wrote last year, during my first week in venice. re-reading it and being here now, it's all still very relevant. 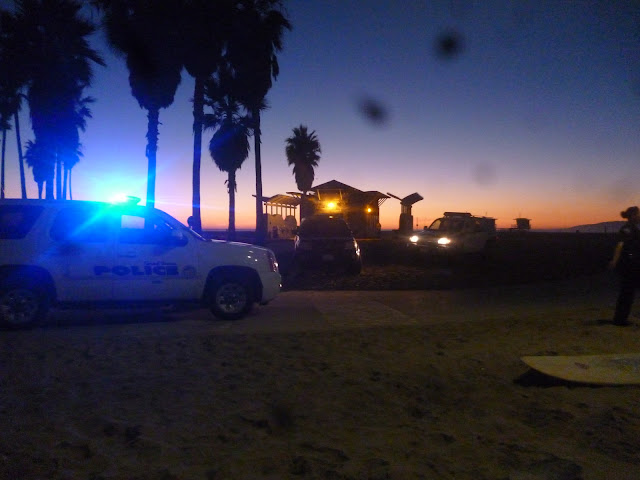 I didn’t write in the Bronx when my boss had a half-million dollar debt because her now sixteen-year old son was born by a c-section. I didn’t write in Cuba while experiencing a completely different kind of mass repression than I had ever been used to. I didn’t even write at the peak of my frustration, in Houston living in an oil-funded community of consumerist conformists. And driving through the Sonora Desert as I entered California from the southeast, along the Mexico border, I never thought it would be the place that would entice me to pick up my pen, especially in anger. But every rose has its thorn, and one of the most eclectic and inspiring places I’ve seen, Venice Beach, is the reason I’m picking up my pen.
Driving into LA, the place we naturally ended up was Venice. It sounded more special than Hollywood, and everything else sounded too rich. We parked our van next to two minibuses that seemed camped out and headed out to explore. An enormous drum circle was pounding beats on the beach, the boardwalk was lined with artists and vendors, the view of the coming sunset was breathtaking, and the sweet smell of skunk was in the air. In other words, we were in heaven.
We walked along the boardwalk, checking out people’s work and meeting various locals and street kids, sampling Cali’s finest “medicinal” herb and discussing the possibility of setting up a stand with our artwork and jewelry and staying for life.
Then night creeped in. it sounds like a horror movie because it kind of felt like one. When the sun was almost down, the LAPD came out. They instantly brought me back to my youth with their aggressive, bully-like attitudes. They’re mean, they’re obnoxious, they pick on people; many call them LA’s toughest gang, and with reason. They drove their SUVs directly into the drum circle, honking and announcing that it was sundown and people had to go home. It felt like a war zone. A wandering German asked “why do they do this? An American skater replied “because they have guns.”
The next day, when we set up shop on the boardwalk, I could instantly tell the police had it out for me. Officer Rodriguez welcomed me by informing me that as of the 15th, my handmade jewelry would be taken away and I would be ticketed for selling it because it had a function (the politics involved in that situation I’ll save for another post).  I asked a lot of questions, and he left, seemingly annoyed.
We made $12 that day, but the mere inspiration of the place kept us going, and we set up shop again the next day. We spent the day learning from a Venice legend, a brilliant but terrible alcoholic/artist who encouraged me to paint with his materials and then sold all my paintings. But that would come later. For the moment, he had just shared his dinner and we were having a beer and smoking a post-dinner j. The sun had just gone down and the breeze from the ocean was getting crisp. We were drawing the night to a close when Rodriguez appeared.
“I see you’re gonna be trouble,” he snarled.
“I’m sorry?”
“Oh, don’t be sorry, you’re new, you just don’t get it yet.”
And so on. Useless, tense, hostile banter that is meant to intimidate, ostracize, gentrify, segregate and just plain make you feel shitty. The general message? You are different, therefore unwanted. conform or gtfo. basically what cultures have been trying to do to each other since the dawn of time, despite constant occurrences  that have proved it’s just not the way.  I’ve since learned, and keep learning (it’s a tough lesson) that you can’t change anything but you, all you can do is 'dare to be different', no matter what anyone says. Talk about duality.